What Is the Gospel?

Lent is upon us! The word “Lent” comes from the Old English lencten, meaning spring-time, when the days lengthen. You’ve probably already noticed that! Lent covers the 40 days, excluding Sundays, before the great Paschal Feast of Easter, which is always celebrated in the Western Church on the First Sunday after the first full moon following the spring equinox, then the days are neither long nor short.

Why this connection to the moon and the sun, to seasons and daylight?

Ancient Christians understood themselves to live in the cosmos, inside of God’s good creation. They understood that Christ’s salvation did not only extend to the human soul, but to the whole of creation. Celtic Christians, for instance, include animals, the sun, the moon, and trees in their carvings and manuscripts because of this innate understanding. To be clear, this is not an expression of pantheism, the idea that all of creation shares in the nature of God or the gods, but the understanding that all of creation is created by God, to be redeemed by God, and that all of it serves as a signpost to us not only of His goodness, but of the very doctrines of the Christian Faith.

New life springs forth from dead seeds, limbs stripped of their leaves bring forth new leaves every spring. To see this is to be catechized in a Gospel which, as opposed to rejecting creation, speaks of its being reconciled. As Paul writes, that in Jesus “all the fullness of God was pleased to dwell, and through him to reconcile to himself all things, whether on earth or in heaven, making peace by the blood of his cross.” (Colossians 1:19–20 ESV)

So, it needs to be said that Lent is about dying. But it also needs to be said that Lent is about asking God to bring about new life in us. We are a people who have died with the Lord Jesus Christ in the waters of Baptism and have been raised with him to newness of life. This is not a one-time occurence, but beginning there – continues through one’s life. When we fast, it is about desires and impulses dying in us, to make room for new life. When we give something up, it is to make room for something else – something better, something good, something life-giving.

The original 40 days of Lent served as a time in which those preparing for Baptism underwent a season of fasting and penitence. They were joined in this by lapsed sinners who were to be reconciled to the Church, as well as all Christians, who in solidarity with them, offered these days as a time of fasting, prayer, and self-denial.

Lent begins on Ash Wednesday, a day of total abstinence from food, usually until sun-down for those who are able. By tradition, on Fridays in Lent, Christians have fasted from meat of any kind and have attempted to delay the first meal as much as possible in remembrance of that Friday that the Lord hung upon the Cross. In our house, the foods of Lent become extremely simple. No dessert, not much sugar, and very little meat. We’ll often cook chickens on Sundays and make rich broth from the remains, adding beans or vegetables. This, of course, means a gigantic drop in our food budget! Much of this is saved for the Easter feast, and some of it is given away.

You might consider taking on one or more of several Lenten disciplines and self-denials:

The purpose of these disciplines, again, is to make room for new life and actually take up that which is life-giving. This, above everything else, takes prayer.  Without prayer, spiritual-discipline is emptied of its true purpose – that of drawing you up into the life of God. As the days of Lent begin, may you be renewed by prayer and fasting, that you may heartily feast in Easter! 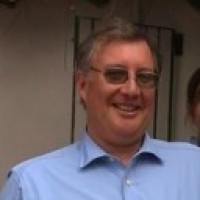